I painted these awful-coloured coasters (apple green and funky pink) with three of my favourite flowers right now, and here are all three, lined up in a row:

And now, for the close-ups: 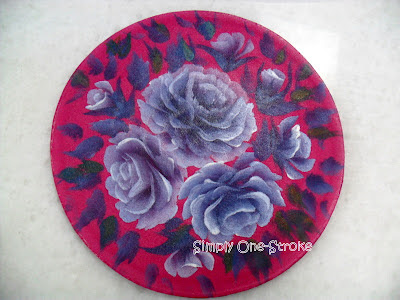 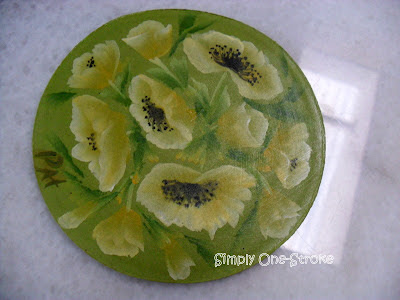 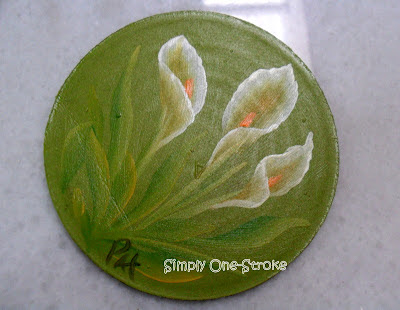 This electric kettle, sadly, is no more. It's plastic, and me+acrylic paint+plastic = disaster :(
I'd painted on the flowers, and let them dry, and when I tried to top-coat them, they started to disappear . . . .
So, the kettle is all washed and clean now, but the flowers remain: in these pictures: 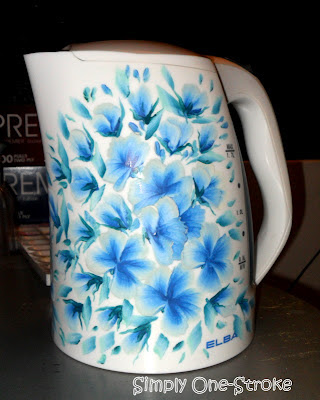 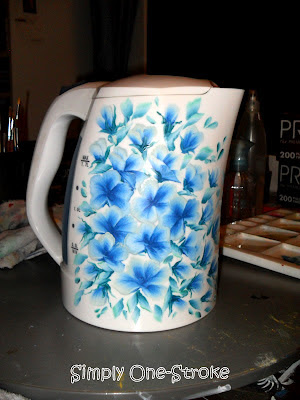 I rather like the idea of a painted kettle, so I am going to try again. IF all fails, I'll take out my trusty sharpies, and doodle all over it!!! :)
Posted by Pat 2 comments:

I am mucking about with my water-colour pencils again, and I must say that every time I do, I feel like I am six-years-old again :)

I love calla lilies, and I am trying so hard to paint them. Likewise, poppies. And BOTH don't come out the way I want them to. The calla lillies look like stepped-on, melted yellow wax when I am done, and the poppies look like red blotches of dried blood :(

SO: to get my brain used to the idea of creating these beautiful flowers, I decided to sketch them. Then, I took out my water-colour pencils and coloured them in. Then, I applied the water, and nearly died when it all turned to mush for a bit. A bit of tissue, some dry brushes to mop up messes, and the result is below. Sigh.

I hope the next time I post them, they will be paintings of callas and poppies - done half-decently! 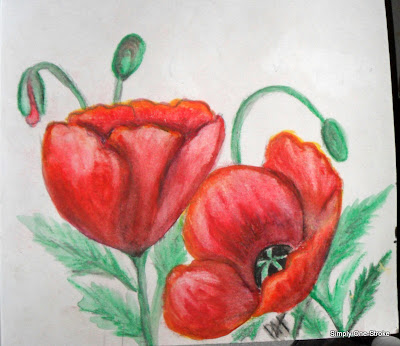 And then, there were four bottles!

Here are four bottles I worked on at various times over the past month or so, finishing up with the long, slim one, with gold swirls . . . .

This first one is an old Bol's grenadine syrup bottle - which I painted with little yellow flowers, all over. I came back and did the top and bottle borders in yellow, to try to tie it all together: all yellow-and-green. 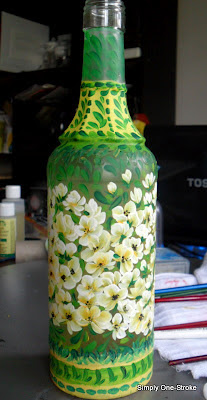 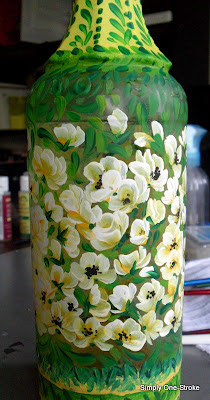 This next bottle was a lovely, sweet dessert wine bottle, and it represents my never-ending quest to paint a red, red rose. And, as usual, it has ended up a yellow, yellow rose: one with a red centre; and one, with a black centre. H E L P !!!!! Hahahahah!!
Also, while I was it, I tried my hand at some chrysanthemums - which look deceptively easy, but really are not easy at all. Will be going back to mums again, methinks!!! 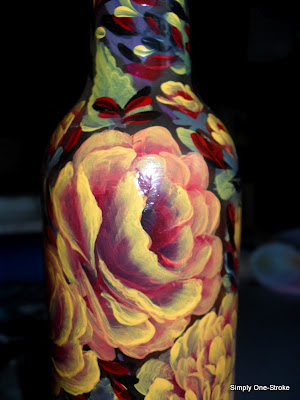 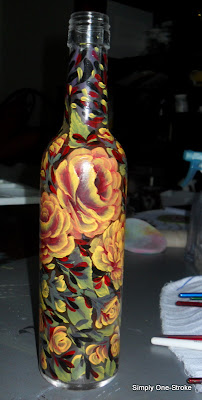 I nearly flung this next bottle - used to hold Martini - out the window: it was that hard to get a bloody design down on it!!! After many mis-tries, I finally decided on daisies. And not my best effort at daisies, either. But, ahh well . . . .

This last bottle is one that Chuan found on the beach. He felt that it had an unusual shape, and he thought that I would like it. I did. It was frosted, BUT it had some horrid writing in red - the name of the drink - down one panel.
To get rid of that, I splotched on black, metallic paint all over that panel, and also on the panel immediately behind it. I thought it would look odd with just one black panel. Then, I worked the scroll-work on both black panels. I also covered all the other panels with metallic black scroll-work, but they're meant to be also-rans, and not the focus of the piece.
The bottle is about 13-inches tall, and looks really stately. I think it would look perfect with a red, red rose in it :)